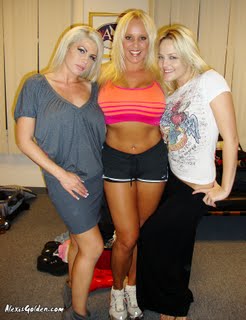 After getting in late from Footnight it was early to bed because we had to get up at 4:45 am to catch the train to San Diego. I hate the alarm. I don’t even have one at home. The drive in rush hour morning traffic was another fun experience. The only traffic on our island involves sea turtles. Union Station was cool. Not as ornate as east coast train terminals but nice. A good number of odd folks there, talking to themselves, etc. Or maybe they had on a headset, who knows.

I didn’t really hear from her much during the day, so my perv mind was rooting for some sort of sexual escapade she’d surprise me with on camera when she got home. Fingers crossed.

See Me On These Sites